Home Trips & Days Out Heritage Railways in the UK 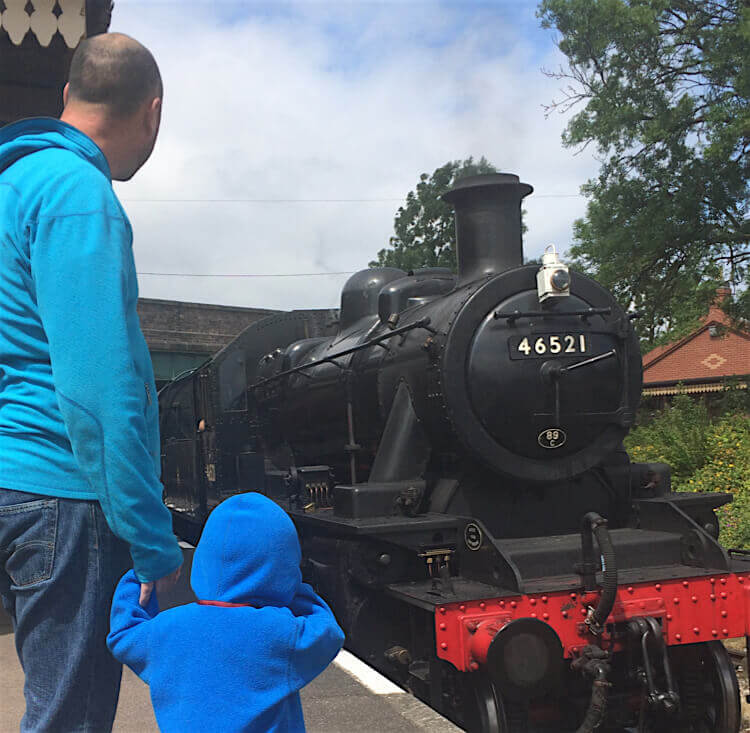 Heritage Railways in the UK

In the UK, we love our Heritage Railways. A day out riding on vintage steam trains appeals to all ages and all generations. But what are heritage railways and why do they exist? We give you the answers and list the most interesting heritage railway companies in the UK.

What is a Heritage Railway?

The Office of Rail and Road, the independent regulator, says: ‘Minor railways and heritage railways are ‘lines of local interest’, museum railways of tourist railways that have retained or assumed the character and appearance and operating practices of railways of former times’.

The vast majority of them are represented by the Heritage Railways Association in the UK – and there are a lot of them, with 119 standard and narrow gauge railways operating in England alone. And that number doesn’t include miniature rail lines, museums and trams or funiculars.

A classic Victorian signal box and platform at a Heritage Railway – it’s as authentic as you can get! Photo courtesy of CFace

Why do Heritage Railways exist?

Most of the heritage railway lines you can ride on today were former branch lines that invariably closed during the Beeching Axe of the mid 1960s.

The programme of cuts that recommended closing over 2000 stations and 5000 miles of track, was the work of Dr Richard Beeching (hence the name!), who wrote the report into the restructuring of the railways. With the advent of the motor car and better road links, the golden age of train travel was over and the railways were losing hundreds of thousands of pounds a day.

So, what happened after these branch lines closed down?

After many passenger and freight lines closed, lots of rolling stock was very cheaply sold off. Girders were taken up, bricks from the Victorian station buildings reclaimed and rolling stock sold. Enthusiasts like David Shepherd bought those trains (for a great price!) without really knowing what they’d do with them. You can read David’s fascinating heritage railway story on the East Somerset Railway website.

Gradually volunteers, enthusiasts and railway workers (both former and present) got together with their vast amounts of knowledge, skill and enthusiasm to breathe life back into these closed railway lines. Stations were rebuilt, track was re-laid and now we have Heritage Railways that are superb attractions. That Golden Age of Steam lives on thanks to hundreds of volunteers.

And the best heritage railways to visit in the UK?

1. Epping Ongar Railway
The closest heritage railway to central London, just off the M11 and M25 and the longest in Essex. A six-mile countryside line that includes Epping Forest

2. Great Central Railway
The only double-tracked, mainline heritage railway in the country. The GCR in Leicestershire is where you can see steam trains pass each. Open all year round, with lots of events for all the family, including steam train driving and some of the most popular steam train dining experiences too.

3. Churnet Valley Railway
Dubbed ‘Little Switzerland’, you’d be hard-pushed to improve on the views you get along this Staffordshire heritage railway that has featured on BBC TV’s Great British Railway Journeys. You can also drive a steam train on the Churnet line.

4. Ribble Steam Railway
This heritage railway in Preston might be small, but it’s quite unique in that the line runs through the middle of town, going across the Navigation Way swing bridge on the banks of the River Ribble and over road in the town centre crossings too.

5. North Yorkshire Moors Railway
The largest preserved heritage railway in the UK in terms of route mileage operated and passenger numbers. Spanning 18 miles through the North York Moors, it is very picturesque. The line has featured in the TV show Heartbeat and Goathland Station became Hogsmeade Station for the Harry Potter films.

6. Ffestiniog Railway
This Welsh narrow gauge railway is one of the most famous and longest running, providing services for over 150 years. From sea level at Porthmadog, it climbs up to 700ft in the Snowdonia national park at Blaenau Ffestiniog; the slate town with its caverns you can visit. Great for a railway-themed Welsh weekend away!

7. Tanfield Railway
With some stretches of the line dating back to 1725, this heritage railway in County Durham is one of the oldest and steeped in history. You’ll go over Causey Arch, the world’s oldest surviving railway arch and see Marley Hill engine shed, the oldest in Europe.

8. Keith & Dufftown Railway
The most northerly heritage railway in Scotland. The line runs from malt whisky capital Dufftown to Keith. It’s wildlife galore on the 11-miles of the ‘Whisky Line’, with Drummuir Castle as your Banffshire backdrop.

9. Buckinghamshire Railway Centre
The track length is short, but it has one of the largest collections of locomotives, rolling stock and railway memorabilia in the country. See the actual railway coach used by Churchill & Eisenhower for secret meetings. Visit the travelling Post Office, which tells the story of moving mail by rail and have a go at sorting the mail. There’s a 1km miniature track too.

10. Kent & East Sussex Railway
Boasting 10.5 miles of track through lovely Kentish countryside, arriving in the shadow of Bodium Castle at Bodiam station. Much loved by real ale fans (there are regular CAMRA festivals), the station even has Hoppers’ huts and you can go on KESR ‘behind the scenes’ days too. Good access for less-mobile visitors including wheelchair users. 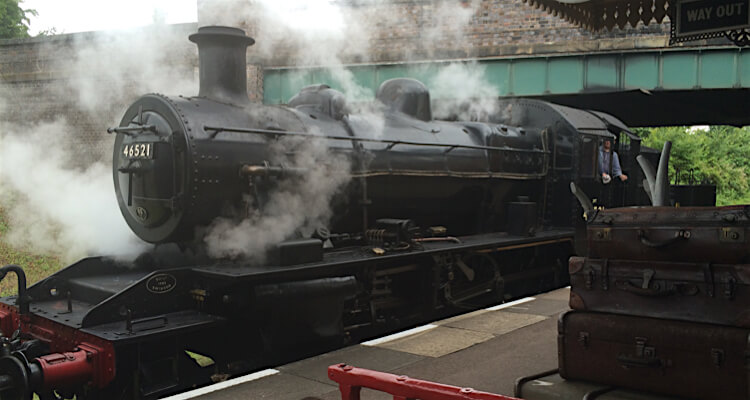 Hark back to the Golden Age of rail with a steam train journey on a heritage railway – great fun for all ages. Photo courtesy of CFace

Mother’s Day – The Best Experiences For Crafty Mums!
Who ate all the pies? Why Brits love meat pies