Home General Experiences How to become a Pilot UK 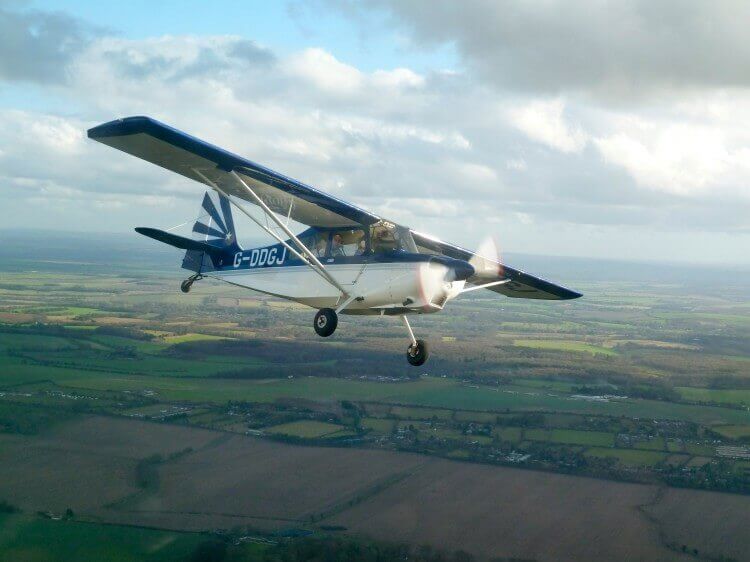 How to become a Pilot UK

Becoming a pilot in the UK is the ultimate dream for many aviation buffs, and thousands of people each year get their first taste of flying lessons with IntoTheBlue flying experiences. With this in mind we thought we would put together a handy guide outlining just what it takes to get your wings and become a pilot.

What are the initial requirements to become a pilot?

In order to become a pilot in the UK, any perspective trainee must obtain a Private Pilots Licence from the Civil Aviation Authority. Applicants for a PPL must be at least 17 years of age and hold a valid EASA Part Med Class 2 medical certificate.

Once this is certificated, the student will see just what is required to gain a licence. It initially entails completing at least 45 hours flying training, including 10 hours solo. They must also have completed 5 hours solo cross country; and at least one solo flight of not less than 150 nautical miles (roughly 170 road miles). At the end of this the student is awarded his or her licence, typically with the offer of continuing with the school that carried out the instruction or moving to another flying school. 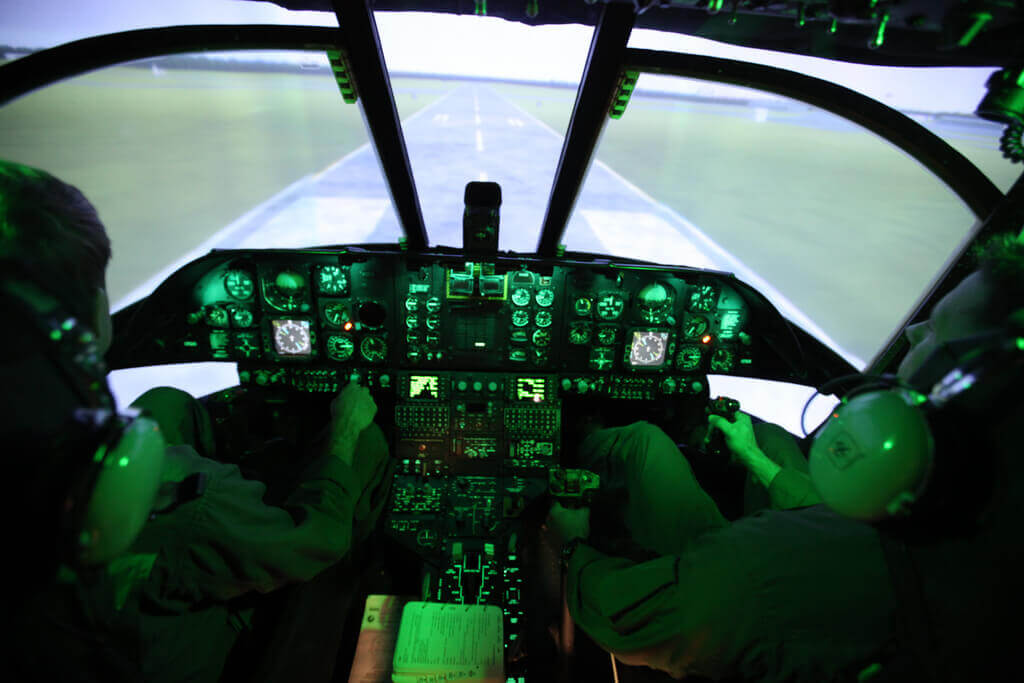 How long does training take to complete, and how much does it cost?

On average it takes a would-be-pilot anything from six months to two years to reach the standard required to pass the test. This depends on a number of factors, including how much time can be given for training lessons, and also the method of payment. It can sometimes cost as much as £10,000 to complete the training. As a result of this, many students can only pay this in small amounts each month; thus taking longer to get their licence.

Are there any exams or theory tests involved?

In order to become a pilot, a series of written examinations have to be completed. This involves lots of studying and the cost of books relating to navigation, law, aircraft identification, flight performance and human planning can also be expensive. For example, some of the more technical manuals can fetch upwards of £25. When, however, the instructor feels that you are confident and are able to answer questions set by him, then you are ready to sit the main Civil Aviation Authority exam. This demands a 75 percent pass rate before you are able to proceed to the next stage of training. 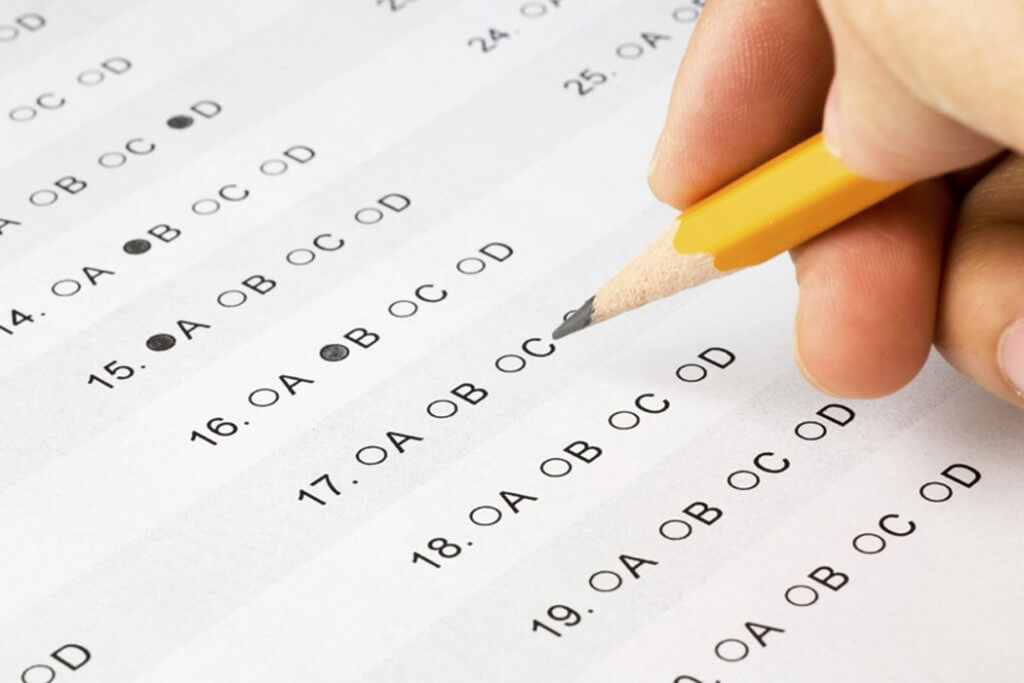 Are there alternative training options?

There are, of course, other and cheaper ways to become a pilot. Many choose to take the route via the Air Training Corps where they first take lessons on flying Gliders, whether winch launched or powered, to enable them to obtain their ‘A’ Gliding licence.

Once this has been achieved, it then provides the basis for a cheaper route to a PPL. The UK has many civilian gliding schools, and here it is worth noting that currently British glider pilots do not require a CAA-granted licence. The regulation of gliding is through the British Gliding Association and its affiliated clubs.

However, from April 2018 this is to change and glider pilots will then require a CAA issued licence. Finally, there is also the possibility of a flying scholarship. Taking this route means training is funded by a commercial company or airline. This entails attending full time schooling, in order to push the student through the course much quicker. 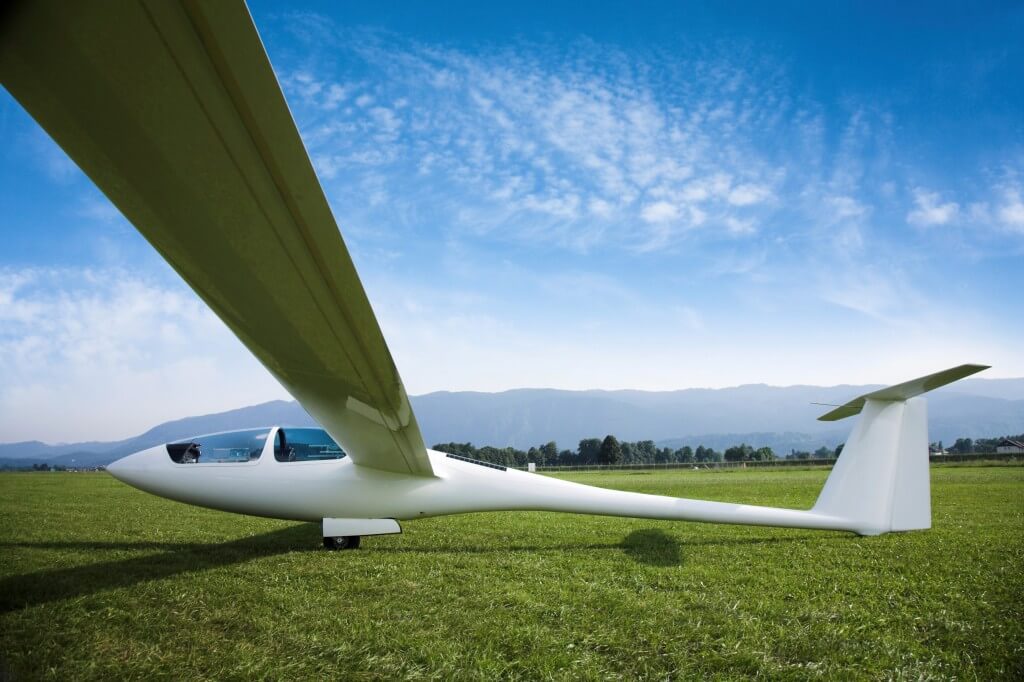 What aircraft can you learn in?

So having reached a decision as to the flying school of your choice, what types of training aircraft do they operate? The most common is the Cessna 150 or 172. A high wing monoplane with a cruising speed of around 93mph, it is the ideal mount for the pupil to find their air-legs on. The extra speed afforded by the 172 model can appeal to the glider trained students, but for the more adventurous it is without doubt the Piper Cherokee that takes first place. Capable of a cruising speed of 166 mph, it was the model that Piper produced when the faithful Piper Tri-pacer had reached the end of its life. 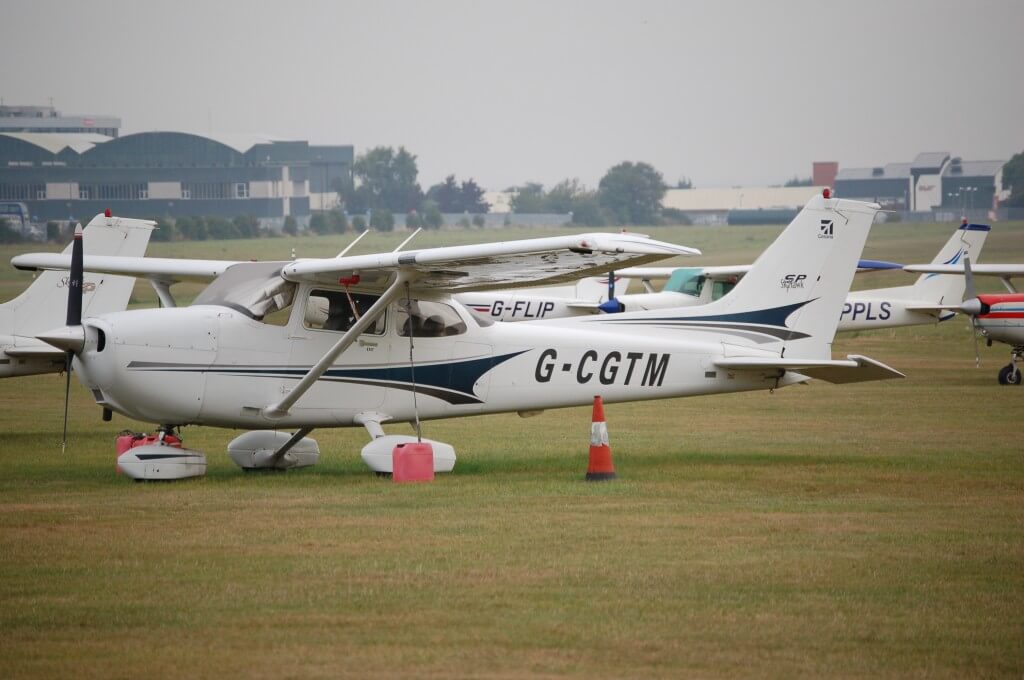 What different licences are available to beginners?

At the end of it all, you are presented with your licence and certificate. Currently the UK has several levels of licence. The UK National Private Pilot Licence (NPPL) followed by the UK Private Pilot Licence (PPL) are the most likely targets for beginners. There are four others available for the more experienced, mainly connected to commercial and transport operations – including the CPL. These, of course, all require further tests and examinations in navigation and instrument rating among other areas.

Can you fly in the UK if you learn to fly abroad?

The final cost of obtaining your PPL can run into the thousands. This includes many of the expenditures we have already touch upon, such as lessons and exams. With this in mind, many travel to the United States to complete training and become a pilot. Learning to fly in the USA comes out much cheaper overall, and is often in a better climate. Controlled by the Federal Aviation Association (FAA), would-be students can fly in good weather on aircraft such as the Diamond D42, Piper Arrow, Super Decathlon and of course the venerable Cessna range. The licence granted in the US is valid in the UK, and many take the advantage of learning to fly and take a holiday at the same time.

Options after you gain your licence

With air displays now one of the most popular spectator events, the more ambitious will want to become a pilot at one of the many airshows up and down the UK. This entails a further round of examinations and flying before an examiner will issue you with the Display Authorisation licence or certificate.

Depending on which aircraft you wish to display, this will entail being checked out by an examiner on the type. Again it depends on whether you wish to fly jets or piston engine aircraft. In the case of the Spitfire experiences, the pilots now flying the Spitfires and Hurricane are time honoured warbird pilots with many years of experience in the warbird industry.

How long is a pilots licence valid for?

Once you have been granted your licence and become a pilot, you must keep up your flying hours to avoid losing it. The minimum amount of hours that need to be racked is 12, although this can be spread over a two year period. For example, you could do 4 hours in year one and 8 hours in year two to meet the quota. As long as you maintain this, and continue to meet the medical requirements, your licence is valid for life.

For those not interested in gaining a PPL, but just love being around aeroplanes there are several opportunities to enjoy the experience. IntoTheBlue offers a large range of flying experiences that cater for people of any skill level. Both offer a unique experience, sometimes said to be the next best thing to gaining a PPL.

Electric dirt bikes – are they any good? Into theBlue investigates
What is jet surfing? Introducing the latest adrenaline-filled watersport