Home General Experiences Can you ride a Segway on the road? 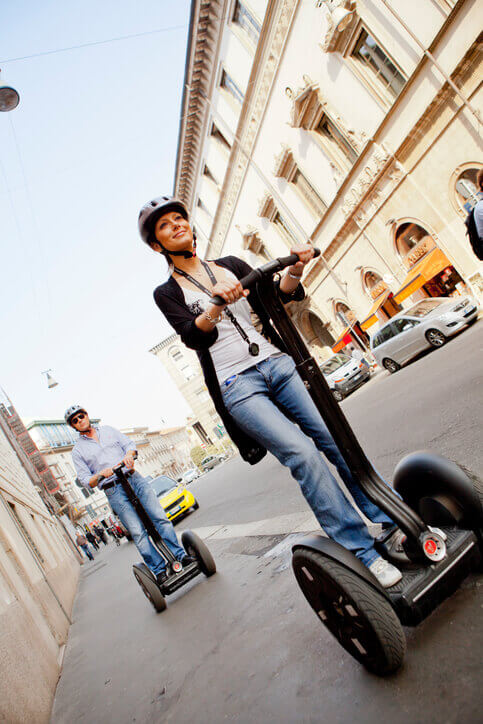 Can you ride a Segway on the road?

Can you ride a Segway on the road?

No, you can’t ride a Segway on the road in the UK.  That’s the simple answer.

With the rise in popularity of personal transporters like Segways, the Department for Transport published guidelines in December 2015 to cover all powered transporters. In this DfT Powered Transporters document, it clearly states that devices such as Segways, Hoverboards, GoPeds and so on, are classed as motor vehicles in the United Kingdom and therefore the appropriate law applies.

Can you ride Segways on the pavement in the UK then?

No! Just like cars, bicycles and mopeds, personal powered transporters like Segways cannot be ridden on the pavement either. There was even a test case in 2011. Philip Coates was prosecuted in 2011 for riding his Segway on the pavement and he tried to challenge the definition of ‘motor vehicle’ in court. But the judge concluded: “I am satisfied to the requirement standard that the Segway is a motor vehicle” and so Coates glided off with a £75 fine, and £265 costs.

So where can you ride Segways in the UK?

Well, you can ride Segways on private land. And before you say it, supermarket car parks and the like don’t count, as you need the permission from the land owner. So unless you’ve got a big private estate or a huge garden, you might struggle when it comes to riding your Segway in the UK. 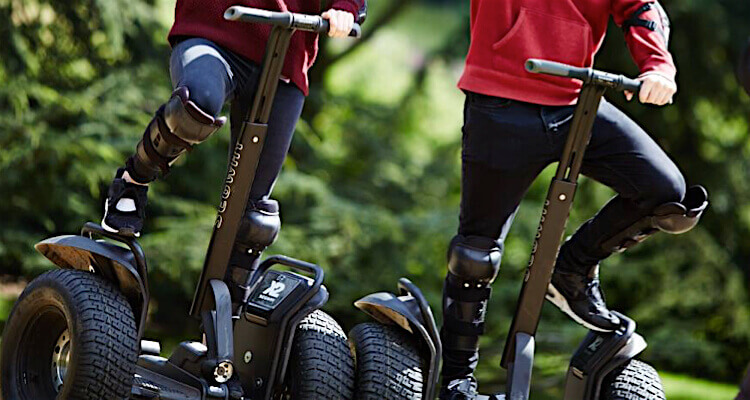 The best place to ride a Segway in the UK is off-road using a rugged X2 Segway!

But I’ve seen Segway tours advertised all over the UK?

Yes. This is because official Segway tour operators have the permission from land owners. That’s why you can Segway around somewhere like Leeds Castle in Kent, or even Alexander Palace in London, but these are organised tours. If you want to try Segway riding in the UK, we advise you to book yourself on a tour.

What about riding Segways in other countries?

The European Commission expressed the opinion in 2002 that Segways and the like were not classed as motor vehicles and as such could be ridden on the public highway. However, each country is entitled to its own road traffic laws that include legislation on Segways and other powered personal transporters.

For example, in France Segways are not classed as motor vehicles, so you can ride them on the pavements and in pedestrian areas. But pedestrians have priority and you cannot go over 6km/h. As for whether you can ride your Segway on designated cycle paths in France, it’s a grey area, with some places tolerating it.

In Italy, they go one step further. As well as the right to ride a Segway at no more than 6km/h on footpaths and in pedestrian zones, you can whizz along at up to 20km/h along cycle paths too.

But one of the most liberal countries in Europe when it comes to Segways has to be Austria. There they are classed as cycles, so you are allowed to ride on the roads, unless there is a dedicated cycle lane, which you should use instead.

In Holland you can ride on the cycle ways too, but there are a fair few rules to follow. Namely, you can’t ride Segways side by side, you need to have a bell on your Segway, lights, reflective strips, a license plate and be fully insured. It’s a similar story in Germany, with Segway riders needing insurance, a licence plate and the minimum of a moped licence to take your Segway for a spin on the roads.

In Spain it’s getting complicated. Their Dirección General de Tráfico (DGT) clarified the law in 2016 to state that mobility scooters and Segways should not be used on pavements, but stated it was acceptable to use them on cycle paths. Having said that, each municipality has the power to pass their own laws on the matter. In August 2017 Barcelona banned Segways from the Old City and the seafront areas due to overcrowding. 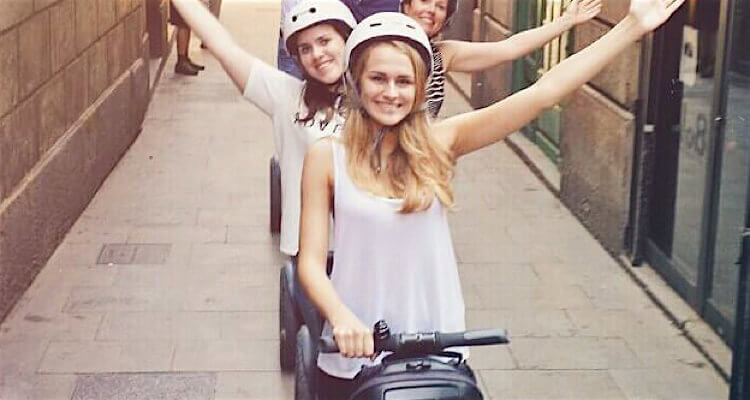 Barcelona has banned Segways from the Old City and the beachfront

So as you can see, it’s pretty complicated when it comes to where you can ride your Segway in which country. And now you know Segways can’t be ridden on the pavements or the roads in the UK, you’re better off booking yourself onto an organised Segway experience on private land!