Home General Experiences Stuffing The World – What Is Taxidermy? 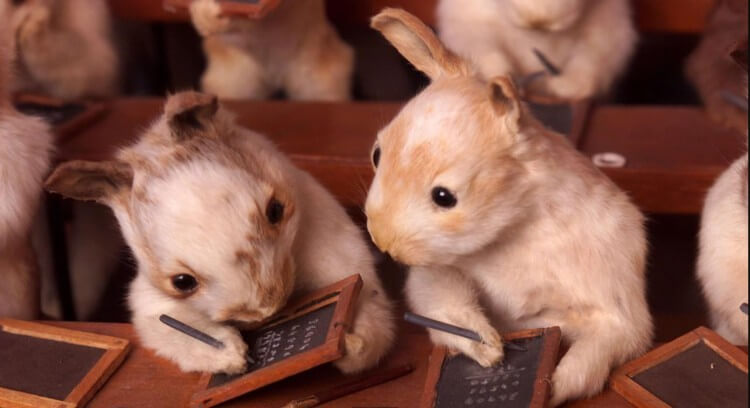 Stuffing The World – What Is Taxidermy?

A little bit of science, a passion for wildlife and artistic hands. These are the ingredients to create what we know as “taxidermy” today. But what is taxidermy exactly? Well, here at IntoTheBlue we always strive to answer all your questions, whatever they might be! And taxidermy is something so intriguing, fascinating and also kind of spooky, that we can’t help it but jump straight into this new mysterious territory! 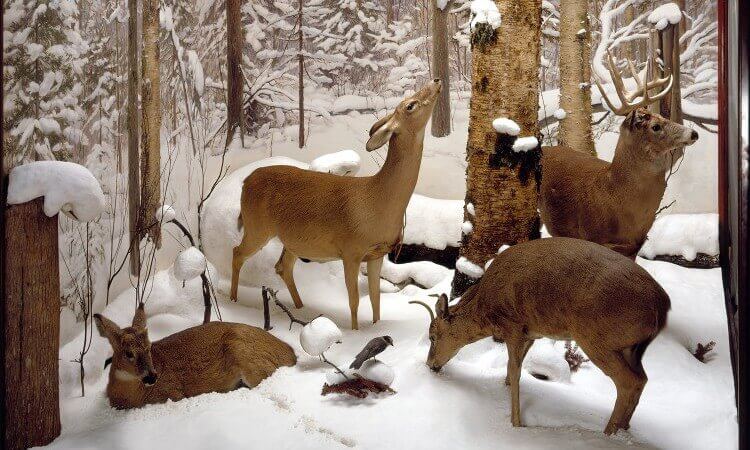 Most animals you see in the natural museums are taxidermy pieces.

What is taxidermy exactly?

In general terms, taxidermy refers to the scientific art of preserving an animal’s body using stuffing and mounting techniques for the purpose of display or study. For all the lovers of ancient culture out there, the word “taxidermy” comes from the Greek words “taxis” – which means arrangement- and the word “derma” or skin, so the whole word means “the arrangement of the skin”, which is cool – if a bit creepy.

Taxidermy can be practiced on pretty much every vertebrate animal such as mammals, birds or fish. Sometimes it can also be used on arachnids and larger insects, but it’s not as common and only done under specific circumstances. 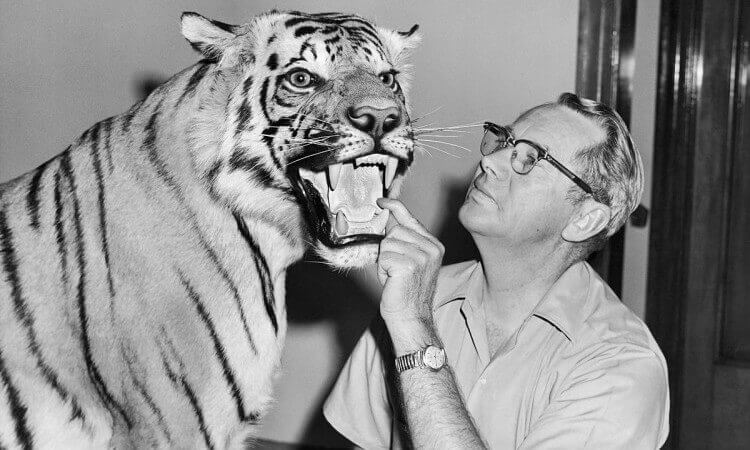 Nowadays, most endangered species mounts are created with resin or fiberglass, to avoid extinction.

When did taxidermy become popular?

Although the art of preserving a body has its roots in ancient Egypt, it seems the origins of taxidermy are linked to the tanneries of 18th century England, but the methods were still rudimentary and very amateur back then. It wasn’t until the Victorian Era that taxidermy really became popular, with lots of people using mounted animals as home decor.

One of the first pioneers was Louis Dufresne, a taxidermist who worked for the National Museum of Natural History in France, who developed a few more advanced techniques such as the use of arsenical soaps. In England, we had John Hancock and Walter Potter, both well-known and acclaimed among their peers. Hancock is considered the father of modern taxidermy and Walter Potter is worldwide famous for his anthropomorphic mounts. 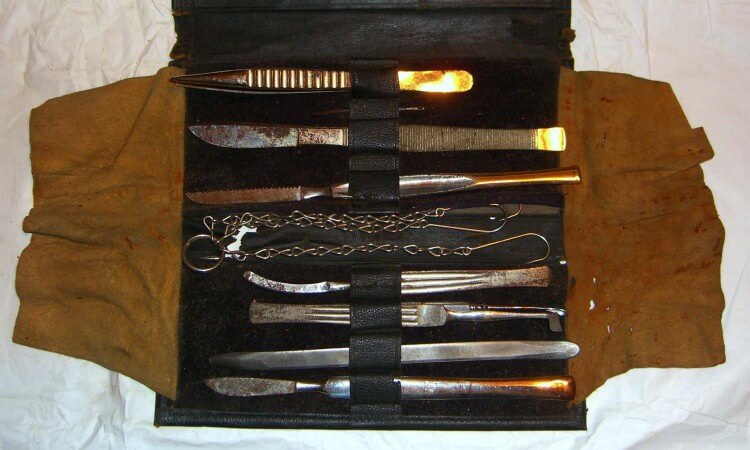 A taxidermy tool bag that belonged to U.S. President T.Roosevelt.

How does it work?

Modern taxidermy differs a lot from the old techniques used back in the Victorian times and so, the methods used for taxidermy have also changed and expanded. The two most common methods are the traditional skin-mount and the reproduction mount.

The traditional method uses the skin of the original animal to create a lifelike mount or mannequin. Depending on the type of the skin, it will get tanned or treated with chemicals to help better preserve it. The skin will then be put on top of a mount made of wood, polyurethane foam or wool and wire. This whole process can be done without opening the body’s cavity, so contrary to what some people may think, there’s no gore involved at all. The taxidermists aren’t butchers splashing blood and gross bits and pieces everywhere, don’t worry!

On the other hand, we have the reproduction mount method. The taxidermists that use this method don’t need the body of an animal at all. Instead, they take pictures and measurements of the animal they want to “bring into life” and re-create them using different materials. Normally, the replicas are made with materials such as fiberglass or resin. This method is often used to replicate fish or endangered species. 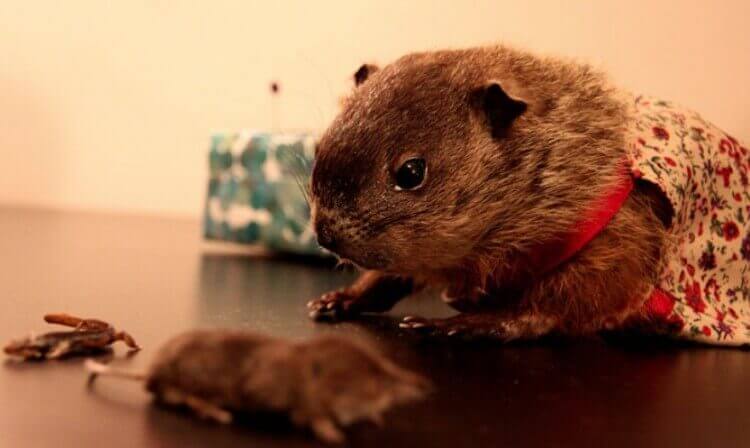 Anthropomorphic taxidermy consists of displaying and dressing the mounted animals as people.

From the “I heard animals get hunted specifically for this” to “someone told me taxidermists are all butchers”, there are still a lot of misconceptions taxidermy, even though this art has been with us for a few hundred years. So, it’s time to clear the air! 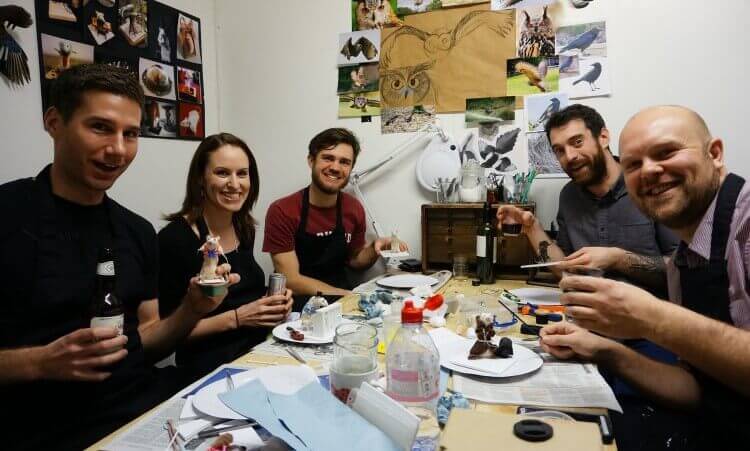 Taxidermy workshops are a great way to learn all the skills you need!

Do I need any skills to become a taxidermist?

So here you are, utterly mesmerized by the whole taxidermy world but you have no idea if you have what it takes to become one. As you might suspect, the most renowned taxidermists put a lot of time into learning disciplines such as woodworking, tanning and anatomy as well as being skilled in sculpture, painting or drawing. We recommend you either have a background in one these skills or take the time to research them, or else your taxidermy failures will be seen by the whole internet.

Where can I learn?

With the rise of taxidermy’s popularity, there has been a surge in workshops all over England that offer classes for both beginners and professionals. We’ve recently launched our own taxidermy experience, which is run by the experts from The Guild of Taxidermists, the only officially recognised organization in the UK. The Guild also offers a few seminars and conferences that are worth checking out!

We also recommend you going to your local library and dig through all the taxidermy related books you can, to familiarise yourself with all the terms and techniques beforehand! 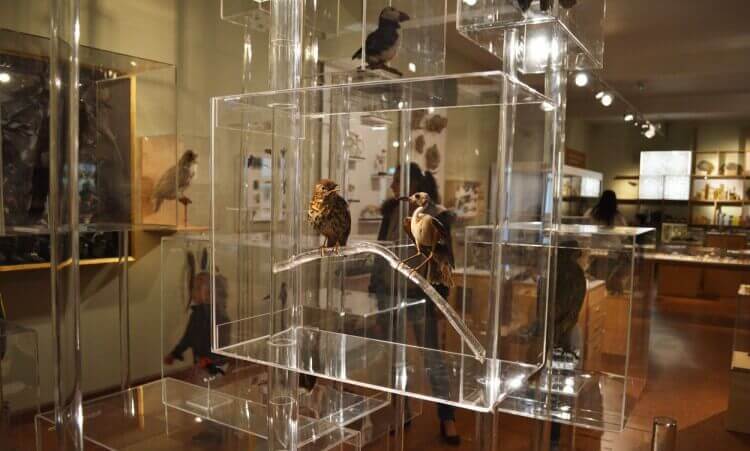 There are many taxidermists who end up working in museums.

Do I need a license to practice taxidermy?

According to the UK Government website, you do need a license if you’re planning to own and transport dead species for scientific or educational purposes. To be able to do this, you’ll need to be a member of The Guild of Taxidermists as well as being registered with Natural England. After this, you’ll get a general license that will allow you to handle every specimen (no, you don’t have to apply for every animal species out there!).

Where can I work as a taxidermist?

If we’re talking about employment prospects, it seems that most people who work as taxidermists do so self-employed, normally getting requests from clients directly. There is also the possibility of working for different museums such as the natural museum or pathology museum, as well as establishing your own workshops or working on study displays.  In terms of salary, most taxidermy assistant would be earning around £16,000-17,000, with senior taxidermists earning up to £50,000.

And that’s it, everyone! Hopefully this guide has helped to answer all your stuffing questions about the fascinating and intriguing world of taxidermy. You know what they say, it is good to learn something new every day!

Make a splash at the best outdoor inflatable water parks in the UK!
It’s a page-tuner on National Read a Book Day!