Home Trips & Days Out Celebrating 80 years of the Speaking Clock in 2016 – We speak to the fourth Clock! 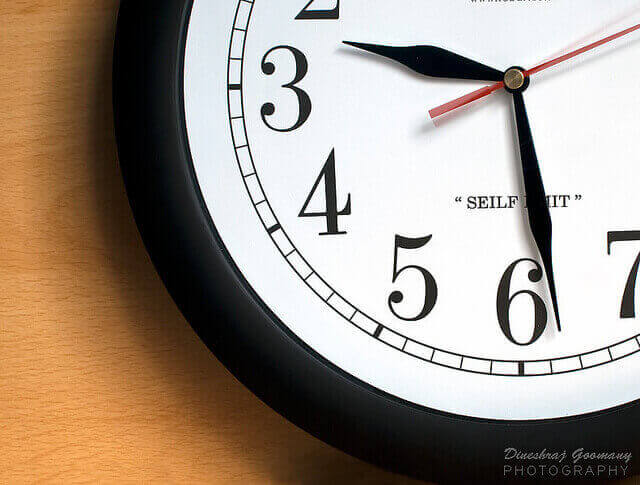 Celebrating 80 years of the Speaking Clock in 2016 – We speak to the fourth Clock!

At the third stroke on the 24th July 2016, the Speaking Clock will be 80 years old precisely! Launched in 1936, the recorded time announcement service from British Telecom still tells us the time over the ‘phone over today, with around 13million calls a year being made, despite us having the time right in front of our eyes most of the day and night with smart phones, watches and computers. 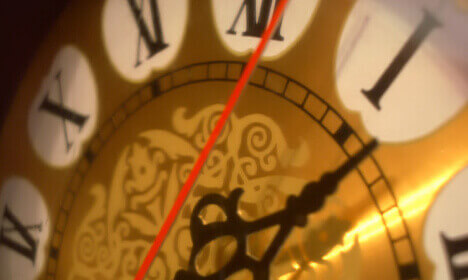 It’s time to celebrate 80 years of the Speaking Clock

But just who are the people behind those iconic voices? Being curious types that we are, we decided to find out and we even got to have a chat with the current Speaking Clock…

The faces behind the voices

The very first Speaking Clock was Ethel (also known as Jane) Cain, the telephone operator at the GPO who was chosen in an X-Factor stye talent search for a ‘girl with a golden voice’. Post Office engineers developed the new automated system  and Ms Cain was rewarded with the princely sum of 10 Guineas for her recording work for this newfangled ‘time machine’. The service was an instant success and meant that people wanting to know the time no longer clogged up the telephone lines calling and connecting to the operator just to ask the time! 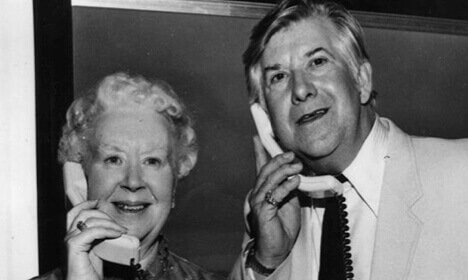 Patricia Simmons, a telephone exchange supervisor, won the second competition to become the Speaking Clock and her voice continued to tell us the time until 1984, when Brian Cobby was the first male voice to take over. Having worked as an actor and then as a supervisor at the BT Withdean exchange in Brighton, he was the Speaking Clock for 22 years.

Amazingly, in the 80 years of the service, there have only been four permanent speaking clock voices. Sara Mendes da Costa is the voice you’ll hear if you dial 123 from a BT landline today and she became that fourth familiar voice taking over from Brian Cobby at 08:00 (precisely!) on the 2nd April 2007, during Terry Wogan’s BBC Radio 2 Breakfast Show. 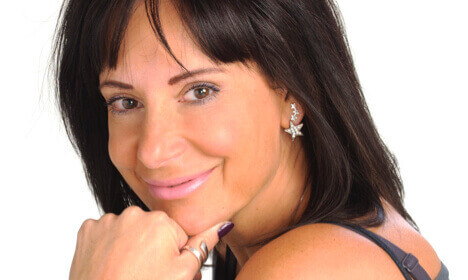 Sara won the role after entering a competition launched by BT and Children in Need in 2006. Chosen from over 18,000 entrants, you could say the search was rather like the original version of the The Voice TV show, as the judges whittled down the entries by listening only to snippets of the applicants’ recorded voices. Sara was one of three shortlisted for the role who met when they headed to London for a final audition.

Talking to the Speaking Clock for real

Here, Sara tells us about that day: “The Royal Observatory is a place that holds such wonderful memories for me, as I, along with the other two fabulous finalists Brian Hall and James McQueen, visited it on the day of the competition. It was when I was standing right by the Speaking Clock phones and playing the different voices that the PR guy for the Clock said ‘You do realise that whoever wins this evening will take their place in the history books?’…and at that moment I realised the magnitude of what could happen. It stopped me in my tracks I can tell you. So I think a special trip back there will be in order soon.” 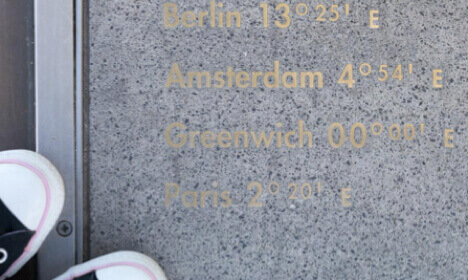 Walk the Meridian Line at the Royal Observatory in Greenwich

And today, anyone can visit the Royal Observatory in Greenwich read about the history of the Speaking Clock, walk that famous Meridian line that signifies the centre of the (longitudinal) centre of the world and learn about astronomy at this fascinating location. We asked Sara if, after winning on the day back in 2006, she has her own telephone alongside Ethel Jane, Patricia and Brian.

“Yes I do!” replied Sara with understandable glee in her (famous) voice. She went on to tell us: “Recently a producer friend of mine snapped a photo of the name plates by the telephones, showing mine and Brian Cobby’s names on it, along with the different models of phones used.” 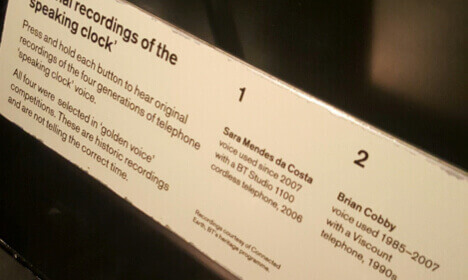 The legacy of being the Speaking Clock

Speaking to Sara on the phone you can tell how immensely proud she is of her role as the fourth and current Speaking Clock for nearly 10 years. We wondered if she is hoping to be the voice for many years to come. Sara told us: “I’d happily be the voice for years to come. I’m so very fond of the Speaking Clock and its wonderful history. I think, however, that in this day and age, considering the much more transient, fast-moving world in which we live, the voice will change more frequently than it did in the past; but whatever happens, I will ways be proud to be permanent voice number four.”

And with the 80th anniversary of the British Speaking Clock on the 24th July 2016, we asked Sara if she’ll be celebrating? “I will raise a glass to the Speaking Clock for sure” she laughs, “I’ll likely be involved in some interviews here and there too like I was for the 75th anniversary and I’ll be very happy if that happens again, as I am keen to support BT and the Speaking Clock whenever I can. I love the quirky history of the Clock, it’s part of our culture, so I’ll be on hand to wax lyrical and, as I say, I will have a wee celebration of my own!” 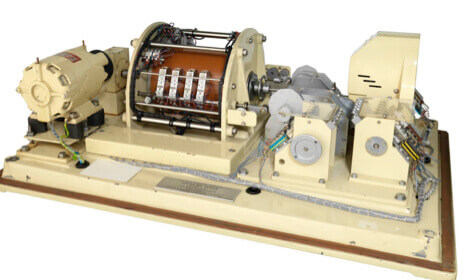 Having landed one of the most iconic voiceover jobs ever, we couldn’t help wondering how one could top that in their career. Sara explained: “I have been lucky enough to have done a lot of work as a voiceover artist and, as well as speaking for living, I also write. My debut novel Peanuts & Eggcups was published recently which is really exciting too. But I do of course get a lot of questions about my role as the Speaking Clock!”

And finally, we couldn’t hang up on the real Speaking Clock without one last cheeky question. Do you ever call up and listen to yourself? “Ha ha…yes!”, laughed Sara, “Although not so much to listen to myself now, but to check the time. The time on computers and phones can go astray when the satellite signals waver, so they are not as accurate at the BT Speaking Clock, which is accurate to within 1/5000th of a second. I do call up as well to hear the celeb voices for Sport and Comic Relief and make a donation. But yes, when I went live at the start though, I have to confess I did call it many times! I couldn’t quite believe it was real!”

With that, it’s time to say our goodbyes!