Home General Experiences Driving a Tank – How it Works 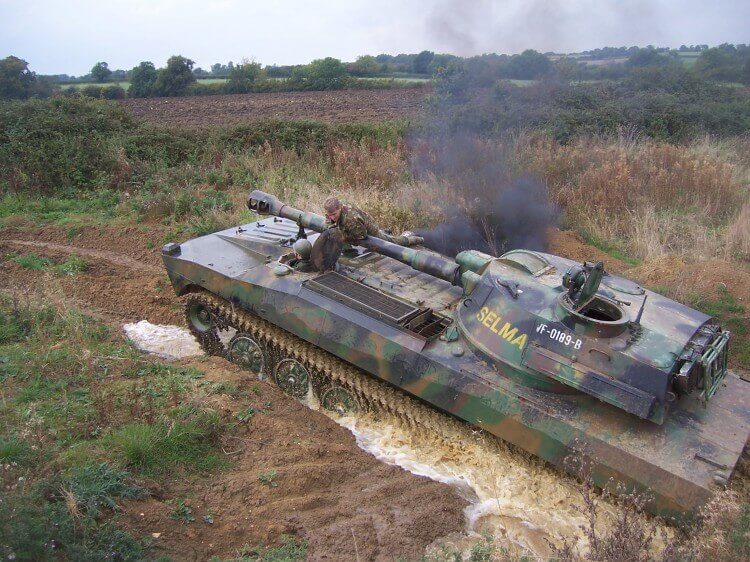 Driving a Tank – How it Works

So you’ve seen the movies like Fury, and Saving Private Ryan and you’re left thinking – if you could be in a tank battle – how would you drive a tank? Is experience needed? Does it have a steering wheel? A gear stick? How close is it to driving a regular road car? Does it run on petrol, diesel or something else entirely? Well, you’re not alone – and here at Into The Blue we’ve decided to find out some of the answers. So, here’s a break down of what we’ve found out on our quest for tank driving knowledge.

Do tanks have gears, or do they use automatic transmission?

In short, yes they do. Or at least the large majority of tanks do. For example one of the most deployed tanks in the last 20 years, the M1 Abrams is a six speed. Broken down into ‘four forward and two reverse’ gears. Being able to shift between gears is actually quite important for a tank, given that it is more often than not being driven on uneven and difficult terrain – such as through mud, jungle and desert sands. In a Chieftain main battle tank, the gears are controlled ‘in the same principle as a motorcycle, whereby toeing the pedal upwards engages a higher ratio of gear’. 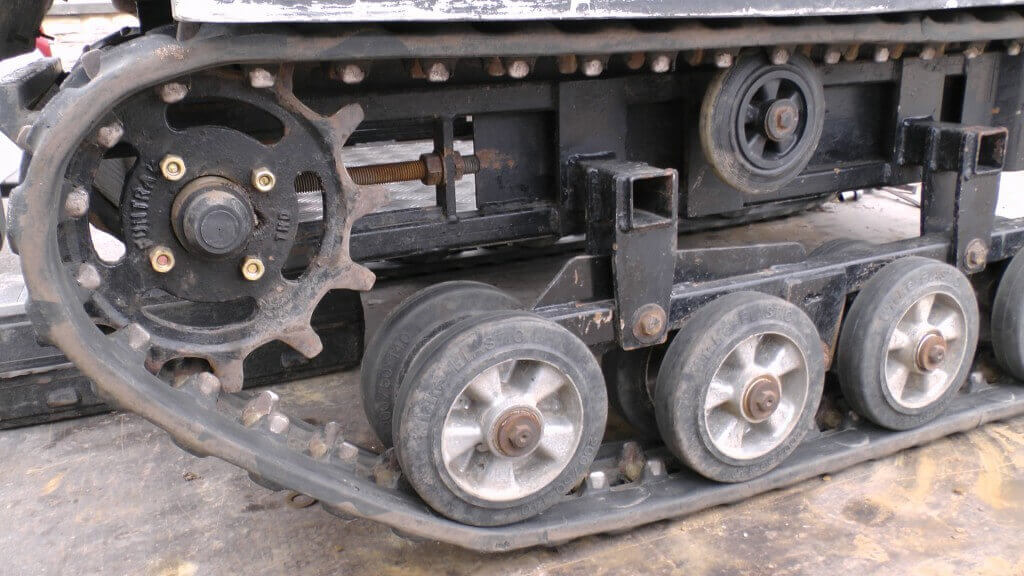 How does the steering work?

All tanks have a steering mechanism to allow the driver to turn towards the left or right. However, the type of mechanism used varies from vehicle to vehicle. For example, the Tiger I ‘was the first German tank to have an actual steering wheel’ that was closer – although not completely identical – to what you might find on a car.

Other models, however, such as the American built Sherman tanks were manoeuvred using two stick like controls. With one stick to control the left tracks, and the other for the right, the tank would be turned by keeping on side locked while the other moved forward or backwards. In more recently produced tanks, such as the M1A2, ‘controls have been simplified even further with complex auto-transmissions partnered with fly-by wire joy sticks’. 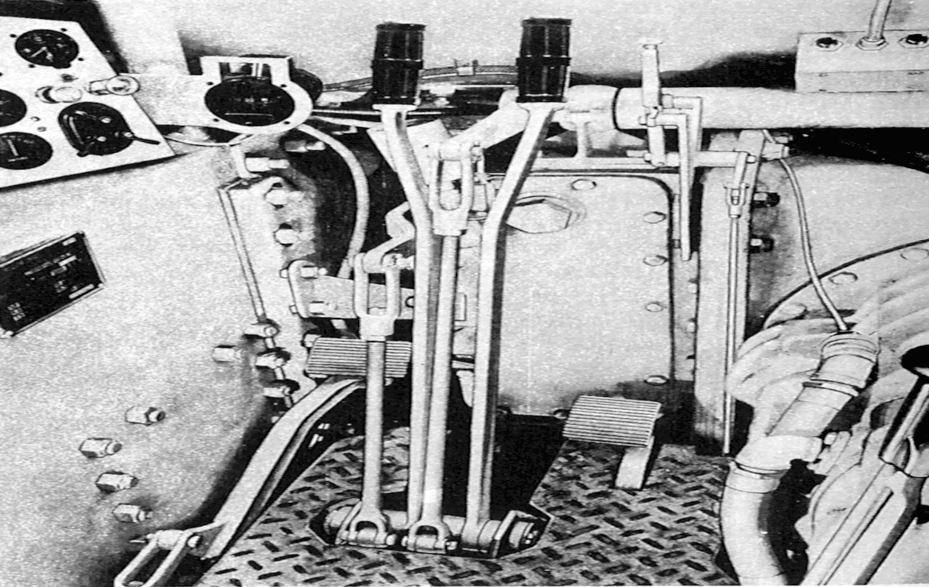 How do you see where you’re going?

Unlike driving in a car, truck or train for that matter, there isn’t a large windscreen that gives you a clear view of the way ahead. When not in battle, the easiest way to drive would be to open the hatch to get the best perspective of the way ahead. Obviously this can’t be done when being engaged by the enemy, so a small periscope would be used to navigate the terrain – although visibility through this is somewhat limited. In modern tanks this problem has been countered by the use of radar technology, and high-resolution cameras to give the driver a panoramic view of their surroundings. 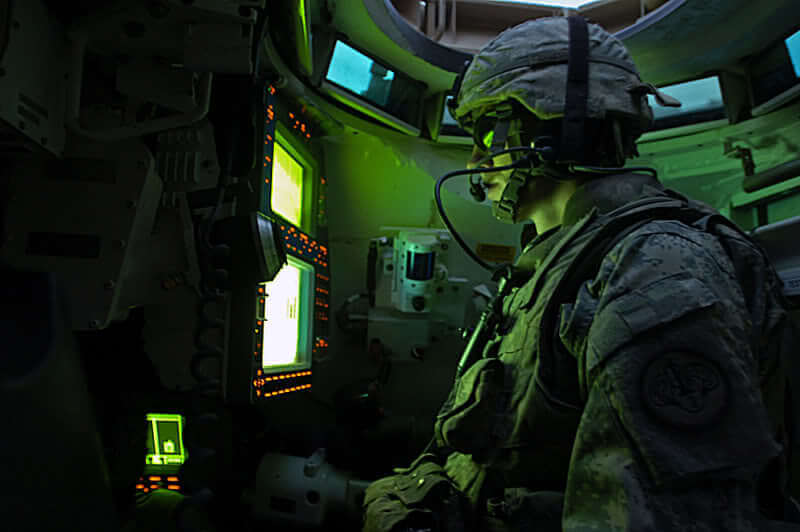 What fuel do tanks run on?

The answer to this question is slightly less straight forward, but generally most tanks run on diesel fuel. The British Chieftain, built in 1966, for example has a 695 brake horse power diesel engine. In addition to this there are a large number of tanks that run on petrol, particularly German designs such as the Panther and the Tiger.

More modern designs have also attempted to incorporate other fuel options, such as the U.S army testing hydrogen ‘fuel cell technology in their military vehicles’. The first of which was the M1 Abram, not only giving it a much better fuel economy – as a tank that can guzzle up to 1.6 gallons of fuel per mile – but also making it more efficient for the vast amount of electrical equipment on board.

How do the brakes work?

The brakes on a tank work slightly differently to those of a conventional vehicle. The mechanism of a FV432 for example consists of two separate sticks that control the left and right tracks respectively. When either is pulled, it tightens a band that is placed around a drum like structure. As it tightens, the drum is compressed and this slows the tracks down. When both levers are completely up, and the lock button is on; this acts as a kind of parking brake. Tank brakes also have to be regularly topped up with oil to keep them clean and running smoothly.

Of course, this is just a rough guide to the tank driving experience. The methodology around the way a tank is driven varies from model to model, especially as new features and gadgets are added with the new technologies that become available to designers and engineers. The new Russian made Armata tank, for instance, has an automatic gear transmission. It has also been suggested that the gear box could be ‘electronically controlled’ or even ‘fully hydrostatic’. Who knows what the future could hold for the world of tanks!

If you’re now sat at home thinking ‘this is all well and good, but where’s the handy animation that explains all this a bit more visually’, just click our video below!

Meet those Neighbours when you stay on Ramsay Street for the night!
Get ready, get set for round of the Great British Bake Off 2015!