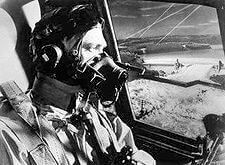 The original Dam Busters film released in 1955 is due to be remade! The magnificent black and white film, directed by first time director Michael Anderson and starring Richard Todd as Guy Gibson, has to be one of the all time classics.

As you probably know, the film is an adaptation of the book with the same name by Paul Brickhill, which tells the true story of the RAF 617 squadron, the development of Barnes Wallis’s bouncing bomb and Operation Chastise – the attack on the Ruhr dams in Germany.

In the original film, scenes were shot all over the UK and real Avro Lancasters were brought out of storage to fly in the film. The Upper Derwent Valley in Derbyshire (which was the actual test area for the real Dam Buster raids) doubled as the Ruhr Valley in Germany. 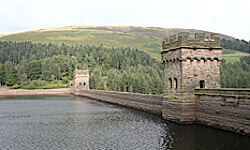 It really is an amazing film and we’re not sure it’s a great idea to try and remake such a seminal piece of cinema. However, word tells us that it’s Sir David Frost’s production company Paradine Productions which is behind the project and Peter Jackson (Lord of the Rings) is producing.

We also hear that Stephen Fry has been called in to work on the script and there are rumours of James McAvoy and Ian McKellan being cast. Nothing is official yet and shooting hasn’t even begun, but replica Lancasters are being built and special effects are being worked on.

The original release date was set for 2010, but we think that’s going to be more like 2011, so if you want to bring history to life before the remake comes out at the cinema, you should book yourselves onto a Dam Buster Helicopter Tour experience. Flying out of the Sheffield area, you will get to experience the very same bird’s eye view the RAF pilots, such as Guy Gibson did, whilst training at the Upper Derwent Valley, making for a very nostalgic and emotive experience for all ages.